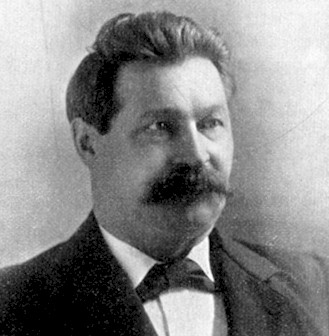 Often hailed as the "Sausage King of Chicago" (no, it's not Abe Froman), Adolph Luetgert was charged with murdering his wife and disposing of her body in sausage vat full of acid at the A.L. Luetgert Sausage and Packing Company located at this address in 1897.  Luetgert married Louisa Bicknese, his second wife, on January 18, 1878.  On May 1, 1897, she disappeared.  After several days, her brother, Diedrich Bicknese, went to the police.  Captain Herman Schuettler confirmed from two sources that Louisa entered the factory around 10:30 p.m. on May 1.  Schuettler also discovered that on April 30 Luetgert ordered 378 pounds of crude potash and 50 pounds of arsenic.  Schuettler theorized that Luetgert murdered his wife, boiled her body in acid, and put it in a factory furnace.  After draining a large chemical vat in the factory, officers found a small piece of skull fragment and two gold rings--one of which was engraved "L.L.," a wedding gift from Luetgert.  Luetgert was arrested for the murder on May 7.  He claimed innocence, but was eventually convicted and sentenced to life in prison at Joliet on February 9, 1898.  He died in prison in 1900.